Right up there with Dallas Keuchel and James Harden (in the NBA), Kluber's beard is the stuff of legends.

Well, the legend appears to be over, at least for now, as Kluber has shaved his beard. Or at least half of it so far.

Who are you and what have you done with Corey Kluber?

A straight away shot of Kluber really highlights what I'm talking about. 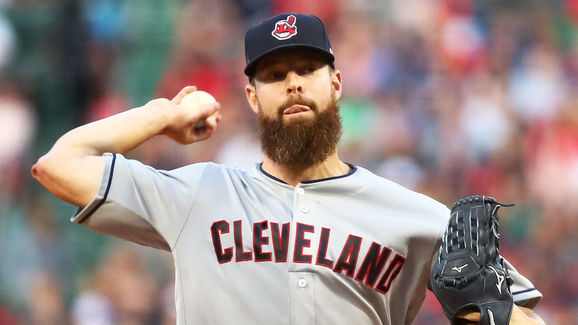 Yeah, I don't know this new guy at all.

Kluber and his former beard have been dominant once again this season, posting a 16-7 record with a 2.91 ERA and 0.98 WHIP.

Sans beard? We'll have to see.

Odds are, this was a move to prepare a fresh playoff beard. MLB players tend to be superstitious, and only time will tell if this was a good or bad move. One thing is certain, however: I don't recognize this new Corey Kluber.