Everything you need to know to dominate the court.

There are two ways to play during every tournament, one for the early rounds and one for the late rounds. Player scoring is the same for each round. And you can draft both men and women on the same roster.

The Full Roster game style is available every day of a tournament up until the Quarter-Finals. Just fill all 6 positions in your roster without going over the $100 salary cap to play.

The Late Rounds game style covers the Quarter-Finals and Semi-Finals of a tournament. Just pick an MVP (worth 1.5X points), a STAR (worth 1.25X points) and a third player. 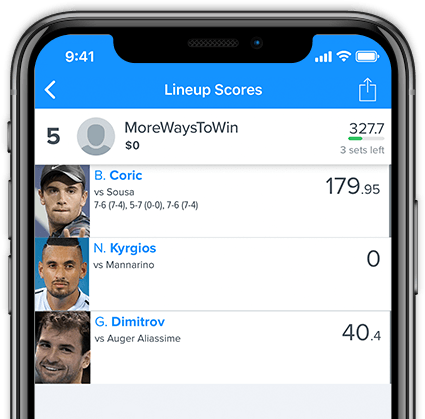