Whether you're buying low or selling high, if you see the value in the deal, you make the trade. With many league's trade deadline today at 12 noon EST, there's no better time than now to make a last-minute deal.

In one of my leagues, I'm a seller. Despite 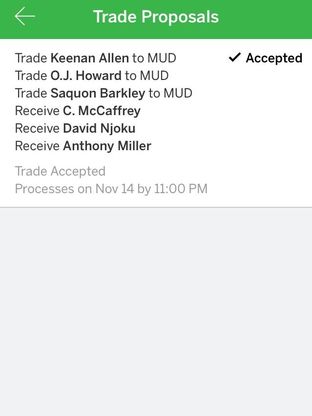 So while it hurt to trade my favorite real-life player (

Every trade add should add value to both teams. If both owners want to make a deal, they should be able to. In reality, everyone values every asset differently so there's no right or wrong at the trade deadline. Make a deal that you think makes you better, either now or in the future.

Again, trades simply come down to value. Whether it's in the here and now, or to make your team better next season. The name of the game in any trade is simple -- value.