Ottawa Senators Most Likely NHL Team to Miss the Playoffs

The NHL season is finally underway! We're in for a fun six months of hockey, but before the season really gets going there's still the chance to make a futures bet or two. 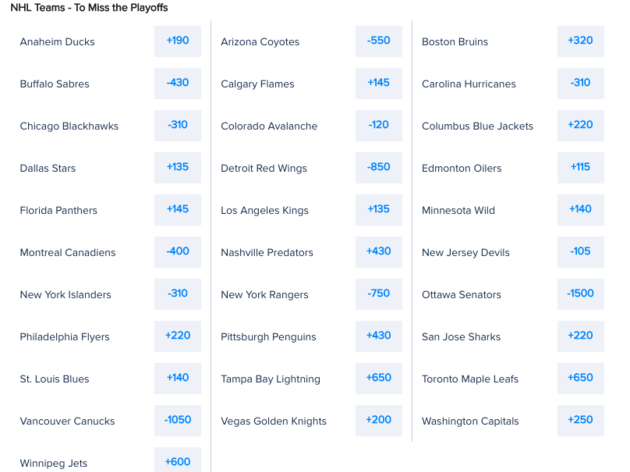 It's one thing to place a bet on who will make the playoffs, but it's a totally different animal to predict who's going to be bad. The dubious leader in the clubhouse is the Ottawa Senators at -1500, after trading star Erik Karlsson to the Sharks this offseason. The Senators are just two years removed from a Game 7 in the Eastern Conference Finals, but the rebuild has begun.
​
​