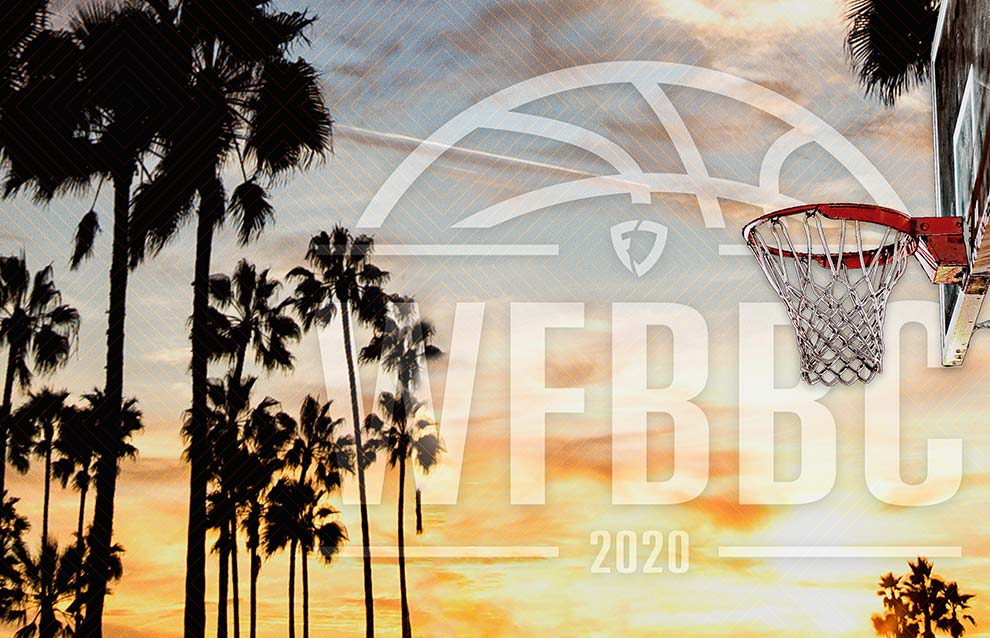 Official Partner of the NBA 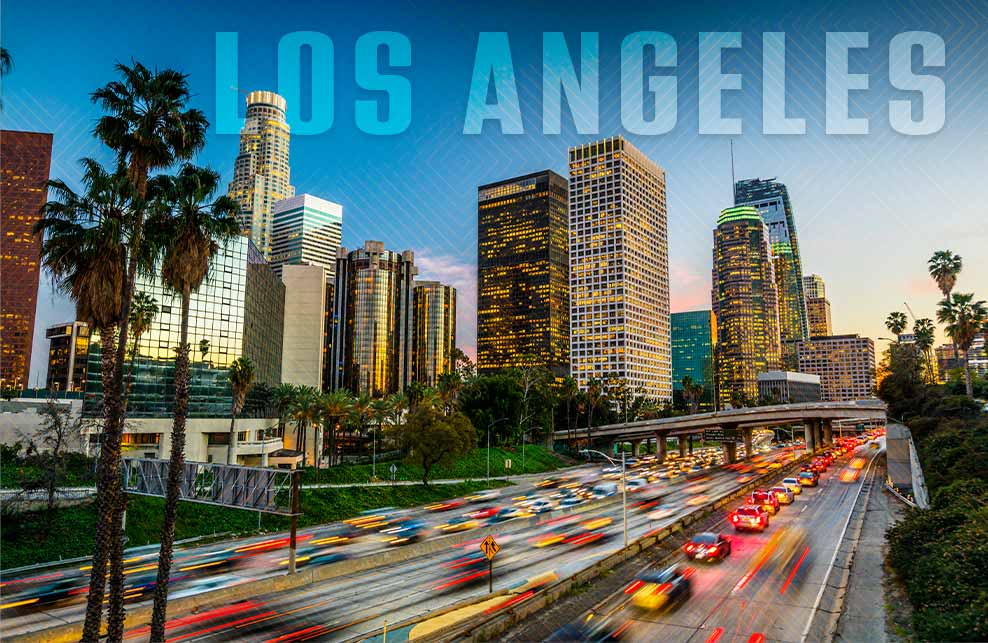 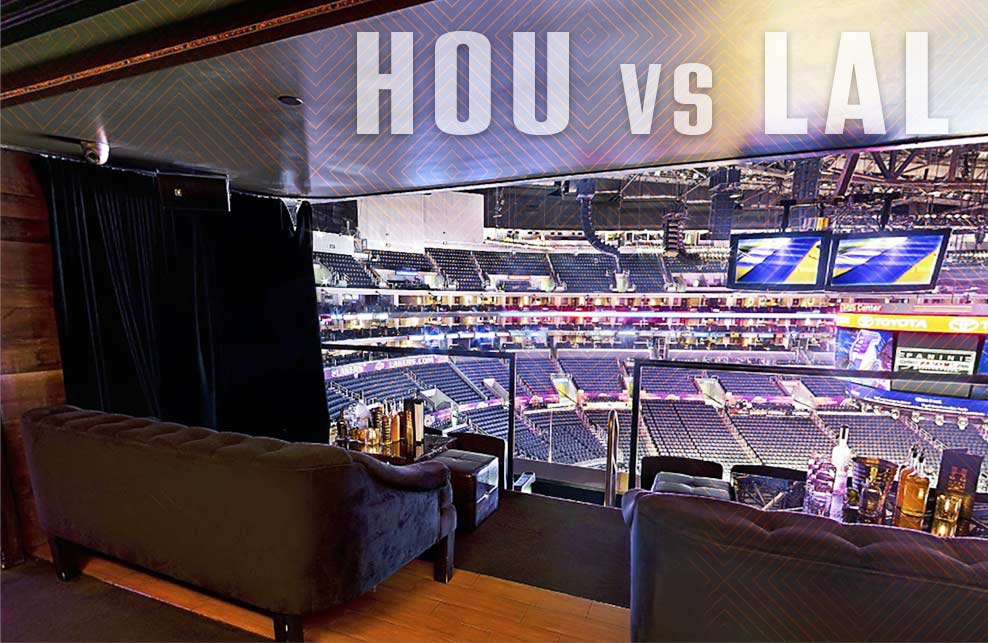 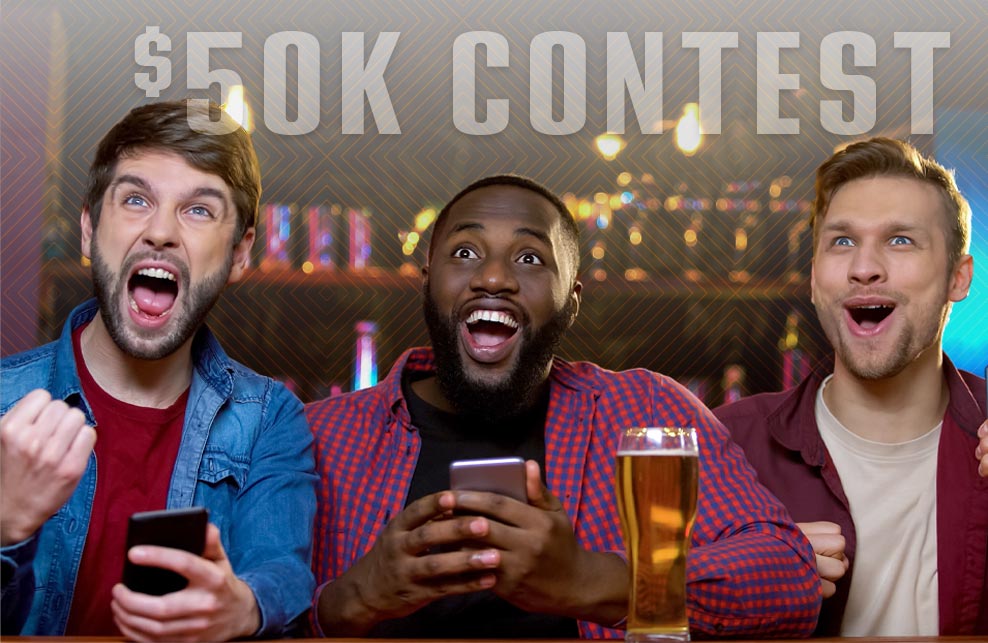 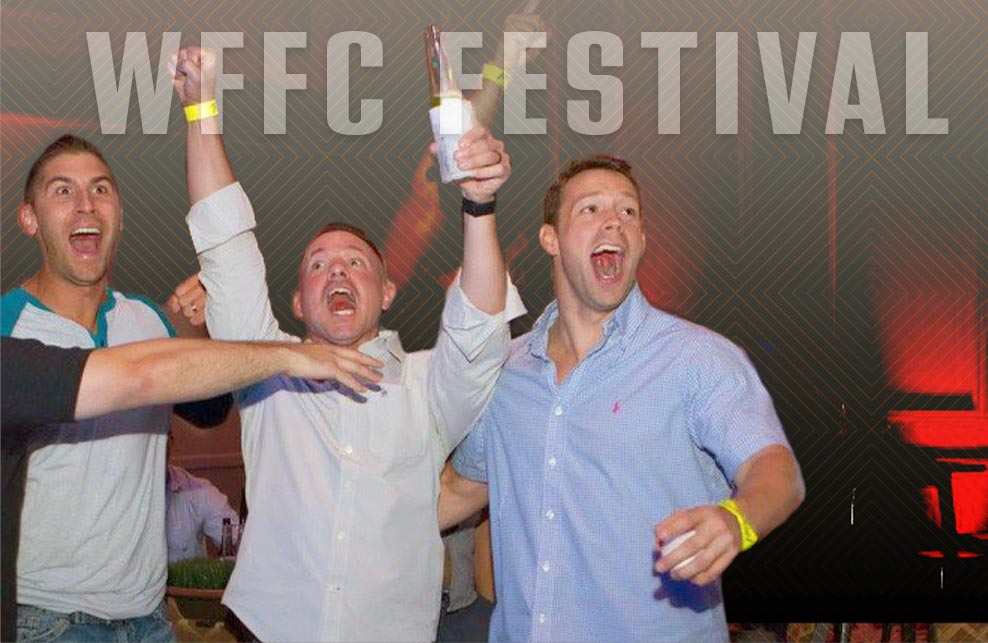 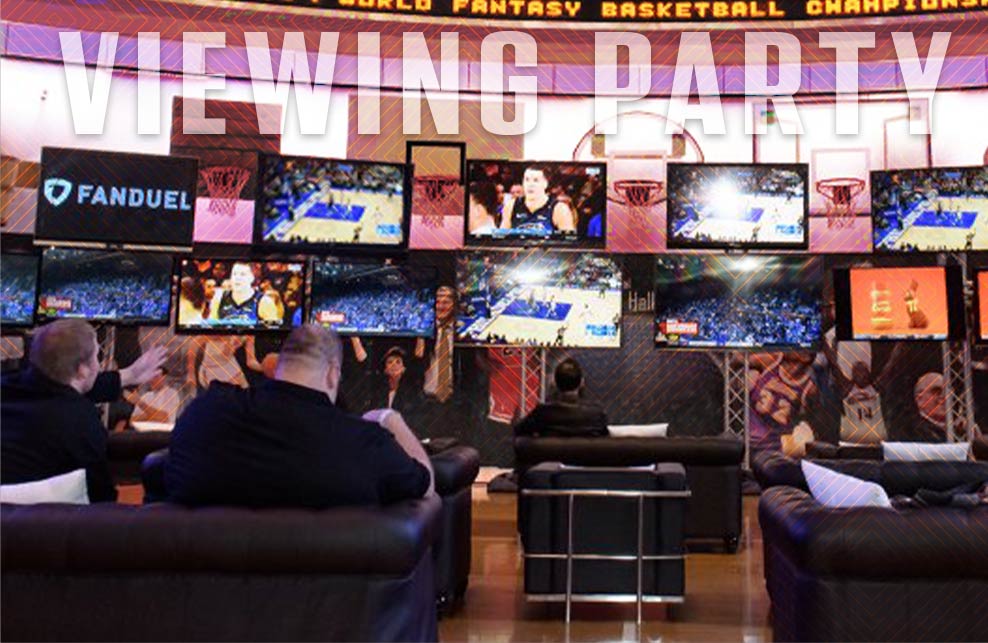 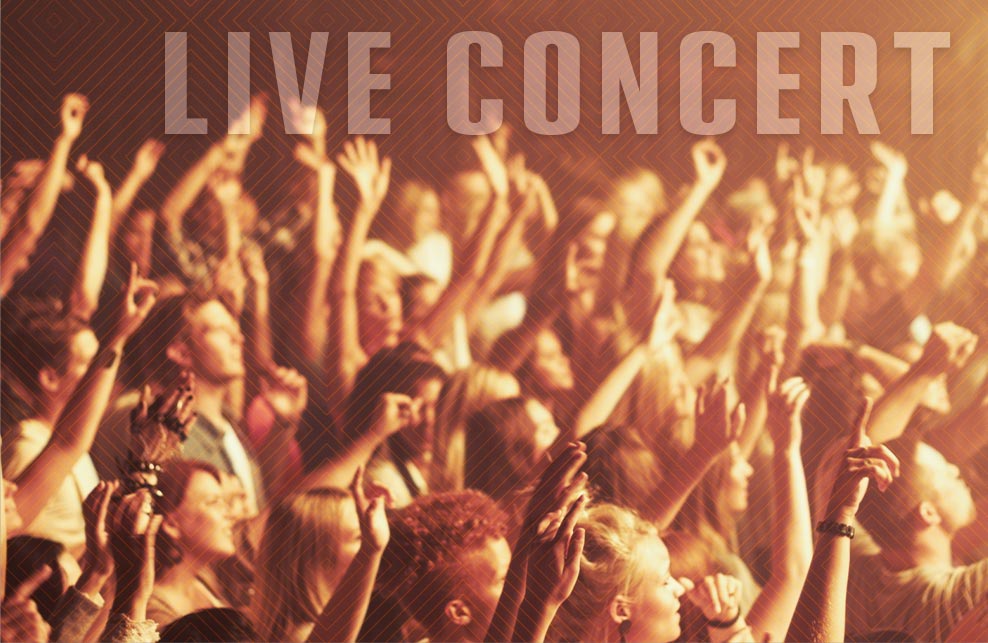 We’ve partnered with the NBA to make this year’s World Fantasy Basketball Championship the biggest and most exciting fantasy event ever. Just win a WFBBC Live Final qualifier contest to claim a guaranteed share of $2.5M in prizes and stamp your ticket to LA, including:

Not sure what to expect at a live event?

Check out our highlight video from last year’s WFBBC to see what you missed: 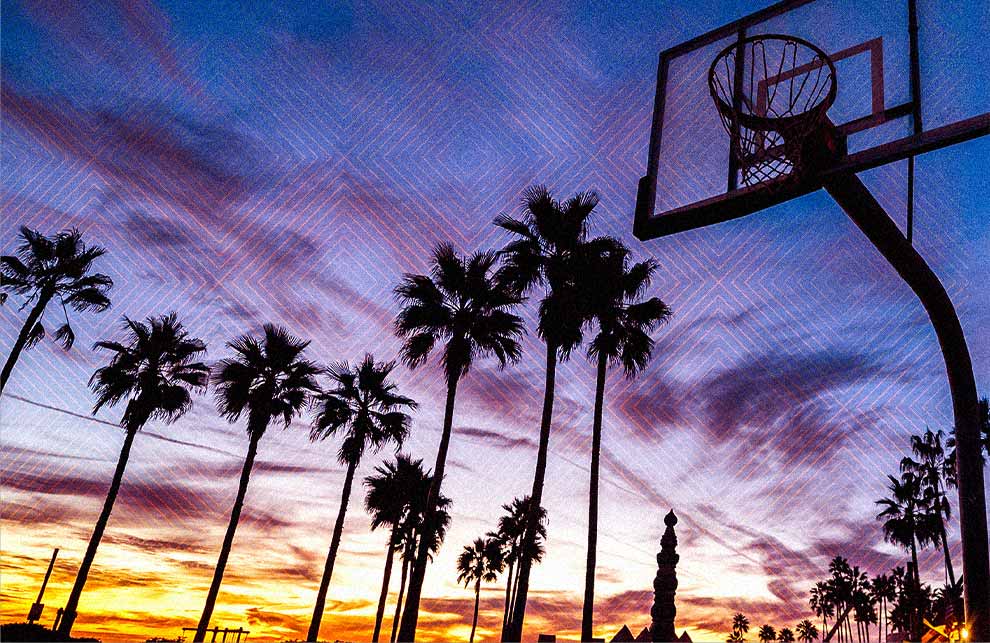 These titans of the touchscreen have already earned their spot at the WFBBC. Enter a qualifier for your chance to join them.

Welcome to the 2020 World Fantasy Basketball Championship (“WFBBC” or “Promotion”). The WFBBC consists of a series of qualifier contests (each a “WFBBC Qualifier” and collectively the “WFBBC Qualifiers”) and culminates with the WFBBC Finals contest and viewing party on Saturday, March 14, 2020 (“WFBBC Finals”). Here are the detailed rules for the WFBBC.

Each WFBBC Qualifier, as well as the WFBBC Finals, will use standard FanDuel NBA rosters and scoring rules, as explained here: https://www.fanduel.com/rules.

In the event of a tie for a position that awards an entry into the WFBBC Finals in a WFBBC Qualifier or Mega Qualifier, the tied participants will play a one-day 'playoff' contest to determine finishing position. The playoff will be a Head-to-Head or private league contest using standard FanDuel NBA rosters and scoring rules. All other ties (whether in the WFBBC Finals or in WFBBC Qualifiers) will result in the tied participants splitting the cash value of the prizes for the tied finishing positions.

The prize for each Finalist includes one (1) entry into the WFBBC Finals contest on Saturday, March 14, 2020; and a trip package consisting of $1,000 airfare and transportation credit, three nights (3) nights’ accommodations for two (2) people, one entry for Finalist and their guest into the NBA Single Game Championship contest on 3/12, and entry for two (2) people to the following events: the SGC live viewing party and HOU vs LAL game on Thursday, March 12, 2020; the Fantasy Basketball Festival on Friday, March 13, 2020, the WFBBC live finals viewing party on Saturday, March 14, 2020 and the WFBBC After Party on Saturday, March 14, 2020 (collectively, the “Trip Package”). Approximate Retail Value of the Trip Package is $7,000. Actual value depends on city/day/time of departure. Any difference between stated value and actual value will not be awarded. Transportation credit will be deposited in Finalist’s account; Finalist is responsible for making all travel arrangements. The entry into the WFBBC Finals and Trip Package are non-transferable, except where noted otherwise in these terms and conditions. Additional guests may be able to attend the Thursday, Friday, and Sunday events, but will be subject to additional charges. Entry for additional guests is NOT guaranteed and will be evaluated on an ongoing basis, factoring in event capacity, overall group size, event space capacity, and catering & staffing resources.

All residents of the United States and Canada who comply with FanDuel’s eligibility rules for paid entry games in FanDuel’s Terms of Use (https://www.fanduel.com/terms) and who complete and return to FanDuel a signed copy of the WFBBC Finals Affidavit of Eligibility by the deadline specified to them by FanDuel are eligible to participate in WFBBC Qualifiers and the WFBBC Finals. All participants must be at least 18 years of age (21 in MA, 19 in Alabama) to participate in WFBBC Qualifiers or the WFBBC Finals. Users physically located in Arizona, Hawaii, Idaho, Louisiana, Montana, Nevada, and Washington are not eligible to participate. Beginning 11/19/19, users from Iowa who are 21+ are eligible. FanDuel makes no representation that participation in paid entry fantasy sports contests is lawful under Texas state law. Any otherwise eligible user who wins an entry into the WFBBC Finals but violates FanDuel’s Terms of Use or does not return the completed and signed WFBBC Finals Affidavit of Eligibility by the specified deadline may be disqualified and forfeit the right to receive an Early Prize and have his or her finishing position swapped with the first eligible runner-up from the corresponding Qualifier or Mega Qualifier, in FanDuel’s sole discretion. A copy of the WFBBC Finals Affidavit of Eligibility can be viewed below

FanDuel employees may enter the competition for testing purposes but are not eligible to win any prizes. All other users who are prohibited from playing in paid entry fantasy basketball contests under FanDuel’s terms of use are not eligible for this competition.

All US residents who win an entry into the WFBBC Finals will be required to provide address and social security details to be eligible for WFBBC Finals. These details will be used to file a 1099-MISC with the Internal Revenue Service for any users whose winnings on FanDuel exceeds $600 for the prior year. Failure to provide these details will result in the participant being disqualified and having his or her finishing position swapped with the first eligible runner-up. Winners are responsible for paying all taxes, fees, registration and insurance, for any prizes won in connection with this contest, including non-cash prizes.

As described in further detail in the WFBBC Finals Affidavit of Eligibility, Finalists agree that their full names, location and/or photos and videos will be used for marketing purposes. They also agree to speak to bloggers and other journalists and media personnel where applicable prior to, during and after the event, and they agree to participate in additional FanDuel marketing activities, all without additional compensation. Any Finalist unprepared to adhere to this requirement may be disqualified and have his or her finishing position swapped with the first eligible runner-up, in FanDuel’s sole discretion.

The WFBBC Finalists will be given accommodations for the nights of March 12th, 13th, and 14th in Los Angeles. If a Finalist cannot make the trip due to circumstances that FanDuel, in its sole discretion, deems extreme and outside the Finalists control, FanDuel may authorize the Finalist to nominate one other person to attend the WFBBC Finals in his or her place. However, the Finalist will still be expected to fulfill his or her publicity obligations.

In consideration for the opportunity to participate in the World Fantasy Basketball Championship (“WFBBC”), and other good and valuable consideration, the receipt of which is hereby acknowledged, I agree as follows:

The decisions made by FanDuel management regarding, but not limited to, eligibility, winners, scoring, rules, prizes and compliance is in accordance with FanDuel’s Terms of Use. No correspondence will be entered into. FanDuel reserves the right to make reasonable changes to these terms, (a) to ensure the fairness of competition, and (b) in response to unanticipated developments (such as technical failures, errors, acts of God, natural disasters, terrorism, changes in applicable law, interruption in the NBA season, failure of stats provider, and failure to obtain a minimum number of entrants).

The Released Parties and their parents, affiliated and subsidiary companies and advertising and promotion agencies are not responsible, and hereby disclaim responsibility, for (i) lost, incomplete, inaccurate, garbled, late, delayed, undelivered or misdirected downloads, installations, registrations, usernames, scores, player selections or revisions; (ii) theft, destruction or unauthorized access to, or alteration of player selections; (iii) failures or malfunctions of phones/mobile devices (including wireless phones/handsets or other wireless devices), phone lines or telephone systems; interrupted or unavailable network/mobile app, server or other connections; (iv) any error, omission, interruption, defect or delay in any transmission or communication; traffic congestion on the Internet or for any technical problem, including, but not limited to, any injury or damage to participant’s or any other person’s computer or mobile device related to or resulting from participation in this Promotion; (v) errors or ambiguity in these Terms and Conditions, in any Promotion-related advertisements or other materials; (vi) the selection or announcement of potential winners or the distribution of prizes; and (vii) the cancellation, suspension or preemption of games, injuries or other unavailability of players, scoring tabulation or timing errors or other problems or errors of any kind whether mechanical, human, electronic, typographical, printing or otherwise. By entering, each participant agrees that the Released Parties and their parents, affiliated and subsidiary companies and advertising and promotion agencies shall have no liability and will be held harmless by participant for any claim, action, liability, loss, injury or damage to participant or any other person or entity, including, without limitation, personal injury or death to participant or any other person or damage to personal or real property, due in whole or in part, directly or indirectly, by reason of the acceptance, possession, use or misuse of any prize and any travel or travel-related activity thereto or participation in the Promotion; and any and all taxes and other fees applicable to the prizes received by the prize winners. The Released Parties, in their sole discretion, reserve the right to: disqualify any person (and void his/her points) who tampers with the submission process, the operation of the Promotion, or any other component the Promotion, or who is otherwise in violation of these Terms and Conditions; and modify, suspend or terminate the Promotion (or any portion thereof) should virus, bugs, non-authorized human intervention or other causes, including but not limited to war, strikes, and/or acts of God, corrupt or impair the administration, security, fairness or proper play of this Promotion. The Released Parties reserve the right to halt or modify the Promotion at any time during the Promotion Period if events beyond its control compromise the Promotion’s fairness or integrity. CAUTION: ANY ATTEMPT BY A PARTICIPANT TO DELIBERATELY DAMAGE ANY WEB SITE OR UNDERMINE THE LEGITIMATE OPERATION OF THE PROMOTION IS A VIOLATION OF CRIMINAL AND CIVIL LAWS AND SHOULD SUCH AN ATTEMPT BE MADE, THE RELEASED PARTIES RESERVE THE RIGHT TO SEEK ANY AND ALL REMEDIES AVAILABLE FROM ANY SUCH PARTICIPANT TO THE FULLEST EXTENT PERMITTED BY LAW.