Bet On A Team To Win The Big Game
And Get Up To $500 Back If Your Team Loses!
Bets must be placed within eligible states: New Jersey, Pennsylvania, Indiana or West Virginia.
Start betting
Applies to first wager only. Refund issued as non-withdrawable site credit. Must be 21+ and present in PA, NJ, WV or IN. Gambling Problem? Call 1-800-GAMBLER or in WV, visit www.1800gambler.net or in Indiana, call 1-800-9-WITH-IT. Terms apply.

People think of the betting circus surrounding the Super Bowl as something that happens in the 2 weeks prior to kickoff. And it’s true – once teams have been scheduled to play in a Super Bowl the bookmakers go crazy putting out odds on the contest. Odds on a straight-up winning team, odds on an MVP, odds on exact point-totals…heck, even odds on the halftime show. But despite the rush of betting action on Super Bowl odds in the days before the game, the truth is that Super Bowl gambling takes place almost all year ‘round – online and in Las Vegas.

“Futures” odds are offered on all 32 teams of the NFL to win the next Super Bowl before the ink is dry on the previous season’s final box score. NFL Futures odds offer the betting public a chance to wager on a team’s entire campaign with designs on a potential Lombardi Trophy. Payoff odds are usually generous – even the New England Patriots usually come with a (+500) futures line or 5-to-1 odds, or longer. But the club can’t simply win a game or a bunch of games and pay-off the bet. They’ve got to go all the way to February and win a National Football League title, unless the NFL futures odds specify that the bet pays off with the club winning a conference or division crown instead.

It’s that time of year again – the 2019-20 NFL season is almost complete and a pair of conference champions have been crowned. “Futures” lines have been removed from FanDuel Sportsbook temporarily, since only moneylines (odds to win Super Bowl 54 straight-up) are necessary with a head-to-head match-up now scheduled for Hard Rock Stadium on 2/2. 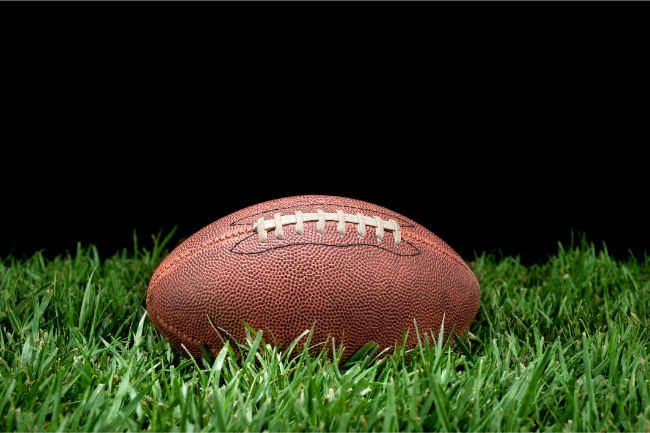 So far, most betting lines for Super Bowl 54 have been remarkably stable, at least at FanDuel. Kansas City opened as a (-122) moneyline favorite and is a (-128) favorite as of 10 days prior to the meeting at Hard Rock Stadium. The point spread is unchanged and still taking (-1.5) points from the Chiefs.

Of course that doesn’t necessarily mean Super Bowl betting action is 50/50 on both sides. As we observed in the build-up to Super Bowl LIII in 2019, sportsbooks will often stick to their handicaps of the Greatest Show on Earth and ignore unwise gold-rushes in a given gambling market.

That’s a 1 or 2-point uptick from where most O/U lines on the 49ers and Chiefs began. Over bets are a common “recreational” wager on big NFL games since most casual gamblers prefer to cheer for touchdowns and explosive plays instead of stone-walled carries and incomplete passes.

Given San Francisco’s powerful defense and less-than-stellar kicking stats, it wouldn’t be unfathomable for the total to level-off or start moving downward following a week’s worth of action as speculators imagine a final score like 24-21 or 27-14. However, too much Under action on a falling O/U total would reflect a lack of props (excuse the pun) for Kansas City’s turbo-charged offense and Harrison Butker’s fine accuracy from inside 50 yards.

Why the Kansas City Chiefs are Favored in Miami

The gambling community made an exception to a time-honored rule when casting San Francisco as a strong favorite over Green Bay in the NFC Championship Game, since Aaron Rodgers was considered a more-valuable quarterback than 49er signal-caller Jimmy Garoppolo. San Francisco’s team superiority was on display in last Sunday’s conference title victory, but in an evenly-matched bout it’s almost always the more-prolific QB whose club will inspire the majority of gambling action.

Don’t worry – the world hasn’t flipped upside-down. Kansas City – and its amazing QB Patrick Mahomes – is a favorite to beat San Francisco on February 2nd. But not by a wide margin. As of the 2nd week of Super Bowl 54 betting, the point spread and moneyline markets remain extremely stable, with the Chiefs a (-1.5) and (-128) favorite on the spread and “ML” respectively. If bettors prefer the high-octane Chiefs over the defense-minded 49ers, the bookmakers at FanDuel aren’t reflecting that in the line-movement…what little line-movement there is.

There’s a main Super Bowl betting market that’s moved substantially, though – the Over/Under. Bookmakers began taking O/U bets on a (52) point line, which has swelled by almost a field-goal margin to (54.5) as of the 2nd week of gambling action. It’s true that historically the Super Bowl point total is likely to rise rather than fall at the sportsbook. But the Kansas City QB and his racecar of an offense has earned the respect of speculators over the course of 18 games in 2019-20.

Mahomes may be the best all-around quarterback in the NFL today. Mahomes has been faced with 1st-half deficits in each of Kansas City’s 2 playoff wins, and the 2018-19 Most-Valuable Player led his supporting cast to decisive comeback wins over the Houston Texans in the Divisional Round and the Tennessee Titans in the AFC Championship Game.

There’s more to like about the current Super Bowl 54 favorites than just Mahomes. Kansas City’s much-maligned defense has shown its teeth in crucial moments over the past few weeks. The Chiefs held Deshaun Watson and the Texans to just 10 points in 3 quarters following an early Houston surge that put the visitors on top 24-0 early in the 2nd frame. When the Tennessee Titans went up early in the conference title game that followed, KC’s defense got to work stopping Derrick Henry, allowing the Pro Bowl rusher a paltry 3.6 yards per-carry on 19 hand-offs. Front-7 studs like linebacker Damien Wilson were central to the run-stuffing effort, but Kansas City’s defensive backs got in on the tackle-fest as well, with safeties Daniel Sorensen and Tyrann “Honey Badger” Mathieu finishing the contest against Tennessee with 17 combined total take-downs.

When an opponent can’t control the pigskin, Mahomes’ offense quickly takes over. The 24-year-old QB found TE Travis Kelce 10 times for 134 yards and 3 touchdowns in KC’s 51-31 victory over Houston. Swift WRs like Sammy Watkins and Tyreek Hill can help stretch a defense deep, and while the Chiefs’ stable of running backs is by no means a weakness, Mahomes adds a key component to the ground game with electric scrambles and option-keepers. His memorable 27-yard scamper for a go-ahead TD against Tennessee set Henry and the Titans on their heels at the end of the 1st half.

Watkins later snared a 60-yard TD pass from Mahomes to put Kansas City ahead 35-17 prior to the Chiefs coasting to a 35-24 win and a Super Bowl berth in Miami.

The 49ers put a hurting on the Packers’ offensive and defensive lines in the NFC Championship Game. Garoppolo served as a human Pez dispenser, handing the pigskin to tailback Raheem Mostert and Tevin Coleman while only throwing 8 passes in San Francisco’s 37-20 win. Mostert had a career outing with well over 200 rushing yards, 4 touchdown carries, and a pair of catches. Rodgers briefly rallied the Packers in the 4th quarter and finished the game with 300+ passing yards. However, the Pack’s starting tailback Aaron Jones was neutralized, and the 49ers out-rushed the Packers by more than 200 yards.

Pundits are seizing on the fact that Mostert has been cut by a total of 6 NFL clubs and nearly became a professional surfer prior to Kyle Shanahan giving the 27-year-old RB a shot with the 49ers. But while some running backs struggle to produce behind poor blocking, it’s a testament to San Francisco’s OL that just about anyone Shanahan decides to feature in the backfield is scoring TDs in bunches. Joe Staley is the team’s rock at left tackle, but credit also goes to RT Matt McGlinchey and versatile backup Ben Garland, who has stepped in for the injured center Weston Richburg.

Special teams could play a large role in any Super Bowl point-spread fluctuations as February 2nd draws closer and handicappers discern how much of a role each kicker and return-unit might play. Robbie Gould has been a solid PK for the 49ers in 2019-20 but has missed often from long range and only has a 74% accuracy mark on the season. In contrast, Butker has impressed with perfect 13-for-13 on FG attempts of 40 to 49 yards, and has made 89.5% of his field goal tries for the Kansas City Chiefs this campaign. Mecole Hardiman is a dangerous Kansas City kick and punt returner with a recent 104-yard TD return on his resume.

What Do Odds on the Super Bowl Look Like?

Here’s a refresher on 2 of the main-market betting odds you will find at FanDuel Sportsbook as the 49ers and Chiefs prepare to do battle on Super Bowl Sunday. For more on the Over/Under total gambling market and its early line-movement (belying the stable numbers in other markets) scroll up 2 sections for updated analysis.

The Super Bowl favorite’s point spread is displayed with a “minus” symbol next to a whole number or a halved fraction, such as (-4) or (-4.5). Gamblers picking the favorite “against the spread” must hope that the team wins by more than 4 points – a 1, 2, or 3-point victory or a straight-up loss loses the wager. An underdog’s point spread is displayed with a “+” symbol, indicating the number of points “spotted” to the team before the Super Bowl kicks off. Underdog point-spread gamblers are hoping that the team will “cover” by winning by any amount or losing by any amount smaller than the point spread. If the underdog’s point spread is (+6) and the club loses by 5 points, the bettors still win the payout.

If a Super Bowl finishes with the favorites winning by the exact margin shown on the point spread, bets are returned in an outcome known as a “push.” As of the Tuesday prior to Super Bowl 54, “pushes” on point-spread wagers are impossible because the line is currently set at a fraction of +/- 1.5 points. If the spread moves to a whole number, bettors will enjoy the safety (not to be confused with the Honey Badger) of a certain margin-of-victory outcome allowing for refunds from the bookmaker.

Moneyline Odds on the Super Bowl

Moneyline odds promise a % payoff when a gambler’s chosen team wins the game straight-up. A favorite’s Super Bowl moneyline odds are denoted with a “-“ as in (-200). Underdog moneylines are marked with a “+” as in a ML of (+350). Payoff is calculated differently for the betting odds in the favorite’s and underdog’s markets, but always with imaginary Benjamins, or $100 bills, in mind.

Sportsbooks often set moneylines at nice round numbers such as (-150). However, the Super Bowl is handicapped with such a fine-toothed comb – and gambling action is so heavy for the Greatest Show on Earth – that lines such as Kansas City’s current (-122) payoff odds are just as common.

None of the types of Football odds listed above suit your fancy? There’s lots more to the scope of Super Bowl betting. Visit FanDuel Sportsbook or FanDuel’s Daily Fantasy Sports portal and take part in the big game as a gambler, a Fantasy shark, or even a music and entertainment pundit. Almost any market you can imagine is available for action on the biggest day in American sports!