Enter The NFL Big Game Bowl For A Shot At $3M In Prizes
Play Today To Compete For The $1M To 1st Place Prize!
Start Drafting

Fantasy leagues and competitions are often associated with the regular season of a professional or college sport. Traditional fantasy football involves fans getting together before the season begins to pick rosters NFL-draft picks style, with competitors able to block each other from making coveted player picks while claiming high-profile picks of their own. When the schedule winds down, the league’s season ends – long before the Lombardi Trophy (or the FBS Championship) is decided on the gridiron.

But fantasy football has come a long way since the days of white-boards and picks written in pencil and ink. FanDuel is foremost among Daily Fantasy Sports, or “DFS” providers who give customers the chance to pick teams and play immediately. Internet users can still invest in leagues that last a full season, of course, but DFS picks allow for choosing new rosters at every turn and writing-off injuries instead of spending the fall stressing-out about them.

DFS also comes in handy when the Super Bowl rolls around. Few old-school fantasy leagues extend their seasons through the NFL playoffs and into February. But Super Bowl DFS competitions allow players to log-on and pick a roster of exclusively those athletes taking part in the Greatest Show on Earth.

Whether you’re a beginner, an enthusiast, or a veteran of hundreds of DFS and fantasy-season battles, FanDuel offers fun and trustworthy Super Bowl DFS options with standardized scoring rules. Here’s a look at some of the basics.

Super Bowl DFS competitions at FanDuel begin by granting each new player a $60,000 budget (not real money, of course) with which to select a roster of players fighting for the NFL crown. Customers are not relegated to picking from only the rosters of NFC or AFC representatives, but they are asked to fill-out a standard roster which includes a QB, running backs, WRs, a tight end, and a kicker.

FanDuel customers may also choose a “flex” or variable roster spot from eligible skill players, along with a team defense.

Most casual players are familiar with basic DFS draft strategies. For instance, it makes sense to pick a quarterback and a wide receiver from the same team, so as to increase point-totals when your picks connect on a TD pass. It’s also wise to focus a solid chunk of your 60K budget on the QB and kicker picks. The quarterback handles the ball on every play and is likely to rack-up the biggest stat total of anyone on a Super Bowl team over 4 quarters.

However, there are always pitfalls to any such strategy. In 2019, the New England Patriots and L.A. Rams met in Super Bowl LIII for what some pundits expected to be a QB’s duel between Tom Brady and Jared Goff. Instead, a grand total of 1 touchdown was scored in the contest, leaving DFS competitors to cobble-together points from runners, pass-rushers, and kickers. 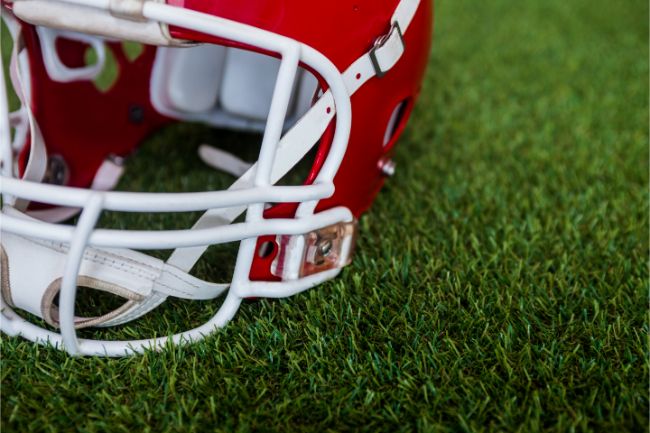 Standard scoring rules are also a feature of FanDuel’s DFS, making it easy for Super Bowl fans who have already played throughout the season.

Here’s a table of all potential point-scoring by your picks:

Learning How to Cheer for Your DFS Picks

Beginners should be aware that rooting for DFS picks in the Super Bowl (or any game) can be very different than the usual cheering experience. Sometimes, it's a real mind-trip.

For instance, a fan of the 2020 NFC representative San Francisco 49ers would typically want the team to gain as many yards as possible before trying a field goal with time running-out in the 1st half. NFL kickers are usually “money” from inside 40 yards, and PK Robbie Gould is no exception.

But that’s not necessarily what the DFS player is thinking about, even if Gould is among the picks on her team. FanDuel awards more DFS points for made field goals made from farther away from the goalposts. For instance, a “bomb” from 50+ yards out is worth 5 DFS points – more than the number of points awarded for a touchdown pass by the QB!

However, if you happen to know that your pick has a kicking leg which is more accurate than powerful, you might want to cheer for those extra yards anyway. 3 points in the hand is better than 5 in the bush, or rather “0” points if the PK misses the attempt from 50+ yards, or if the head coach decides that a long field goal attempt would be out-of-range for your PK pick.

Similarly, a casual fan of a team and/or its quarterback is used to cheering for the defense to play well. If the defense plays a shut-down game, as New England’s defense did against Los Angeles, then the QB’s job is easier. But once you’ve selected a Super Bowl quarterback as one of your DFS picks, you do not necessarily want that signal-caller’s defense to have a heroic evening. At the very least, it helps if the defense allows its fair share of points. Points-against mean that an offense has to open up, and if that happens, a player’s DFS quarterback picks will throw more passes, racking-up more yards and touchdowns to help conquer the fantasy battlefield.

Beating a DFS opponent (or opponents) is simple – score more points with FanDuel’s scoring system and you win the contest. However, that’s easier said than done. Winning a DFS contest based on Super Bowl results might be the hardest scenario for a newcomer to experience “beginner’s luck” and defeat an expert fantasy football shark.

Superstar athletes are plentiful when picking 9 or 10 players from 32 competing NFL clubs on an ordinary autumn Sunday. Even the newbie is familiar with Tom Brady’s determination, Lamar Jackson’s amazing dual-threat skills, and Larry Fitzgerald’s all-time great hands in the Red Zone. But when there are only a pair of teams left on Super Bowl Sunday, choosing a roster of solid DFS picks means having lots of knowledge about players who may not be household names. Expert DFS players are also good at handicapping the likely outcome of a postseason contest before making their picks. It’s a science – and there’s no such thing as getting a science down pat on your first try.

Luckily, the DFS providers at FanDuel have the beginner in mind as well as the fantasy champion. New players signing-up for FanDuel’s Daily Fantasy Sports can choose to play against all skill levels of opponents, including a “beginners only” option in which newcomers can play exclusively against other newcomers to the website.

Is it possible for an expert “stone age” fantasy footballer to win titles with white-board picks and neighborhood leagues, then sign-up for FanDuel as a “beginner?” Maybe. But the rules and restrictions of DFS games – especially those based on a single game like the Super Bowl – are different from old-school fantasy sports. There’s just one way to become an expert at winning DFS contests at FanDuel, and that’s (wait for it) playing actual DFS contests at FanDuel.

Learn More About DFS Picks and the Super Bowl

Super Bowl 54’s match-up between the San Francisco 49ers and Kansas City Chiefs presents a lot of tough choices for the Daily Fantasy Sports competitor. Follow the link to Fanduel’s Super Bowl roster ideas blog post for a full review of the Fantasy-draft options available as 2 great teams do battle for the Lombardi Trophy on February 2nd.